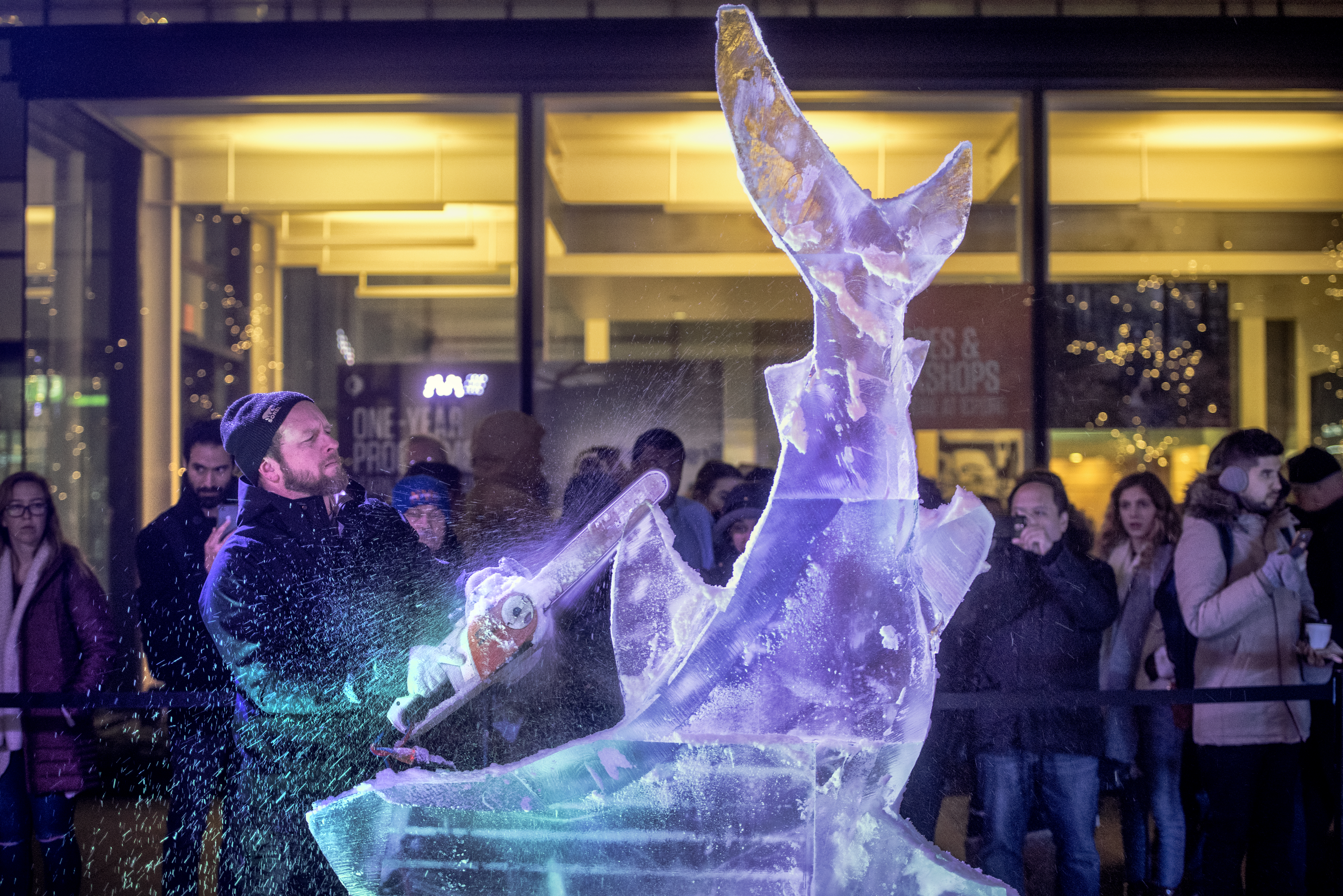 Okamoto studio works with ice year-round, producing artful installations and performances out of the crystal-clear ice for all kinds of events—fashion shows, film premieres, product launches, weddings and anniversaries, to name a few. Founded in 2003, the NYC-based artist collective creates designs that consider both the functional and aesthetic benefits of ice.

Shintaro Okamoto is the creative force behind Okamoto Studio. A second-generation ice sculptor whose father Takeo is long recognized for his early contribution to the art form in America, Shintaro embraces the craft and its business as his calling to introduce ice that is most unique and relevant to today’s audience. Shintaro’s love for both the urban spectacle and the natural wonder is deeply rooted in his bicultural upbringing via his Japanese heritage and his childhood years growing up in Alaska. A life long painter and a wildlife fanatic, Shintaro received his Fine Arts degree from Brown University, Providence, RI, and his MFA from Hunter College, New York. More information at okamotostudionyc.com.