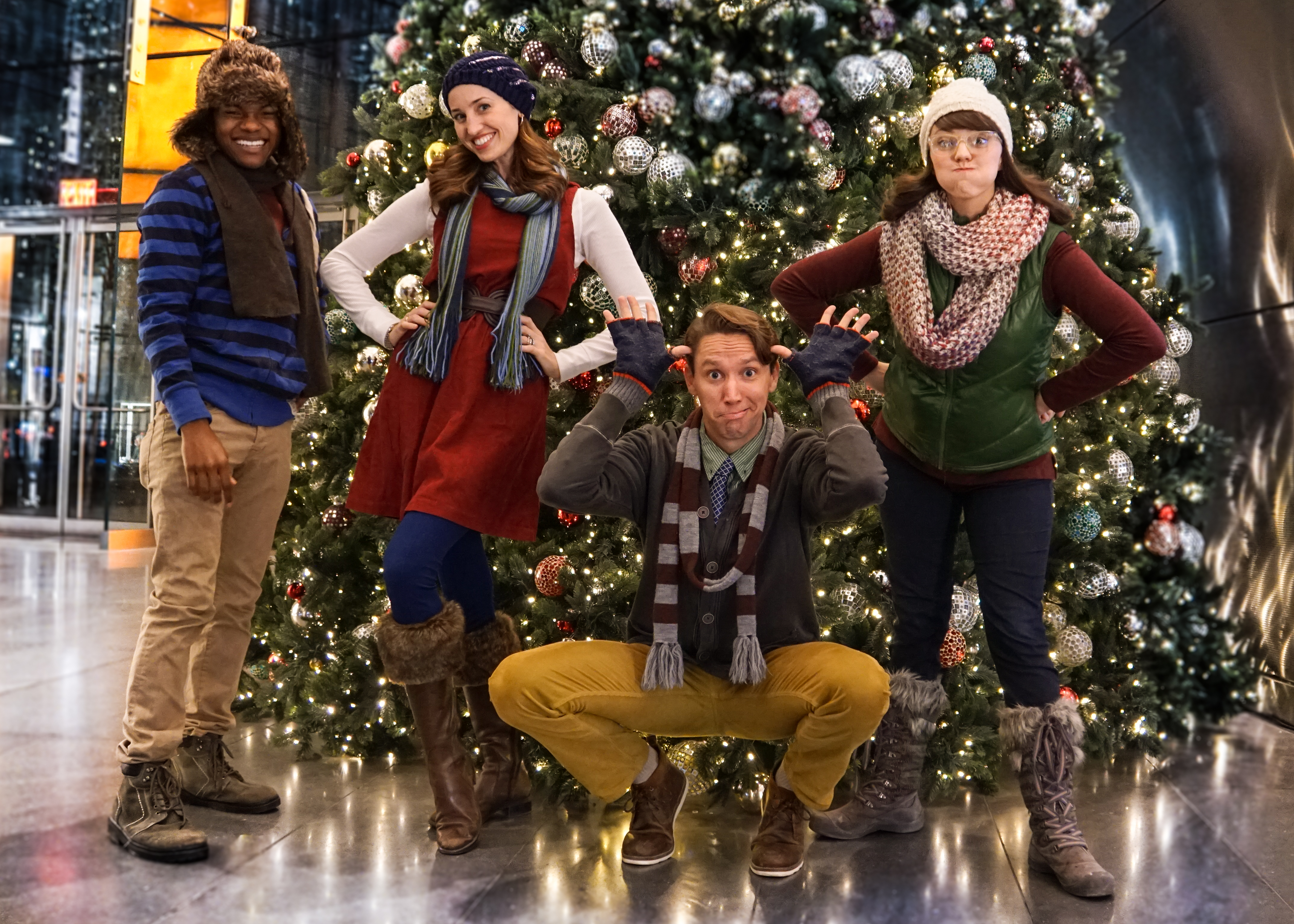 Noticing a lack of diverse representation in classical music, and a lack of well-produced string covers, cellist Eric Cooper came up with the idea for Sterling Strings. Founded in 2016, Sterling Strings has pushed the boundaries of what a string quartet can do. Composed of Black classically trained string players, Sterling Strings has performed at various venues throughout NYC including Joe's Pub, Jazz at Lincoln Center, Madison Square Garden, Rockwood Music Hall, and Alley Cat Amature Theatre at the Beekman Hotel. In addition, they have played numerous educational concerts around NYC in order to inspire the next generation of string players. The group is also highly sought after for private events due to their vast and eclectic repertoire and fiery interpretations. Learn more at SterlingStringsNYC.com and @SterlingStringsNYC.

The Mistletones from Songful Artists

The Mistletones have been spreading their unique brand of cheer for the past 15 years in and around New York City. This contemporary a cappella quartet performs all of their music in tight 4-part harmony arrangements.  Upbeat, fun and festive, their music ranges from classic carols to contemporary holiday favorites. Learn more at songfulartists.com and @songfulartists.

In Lobby and out on the Plaza