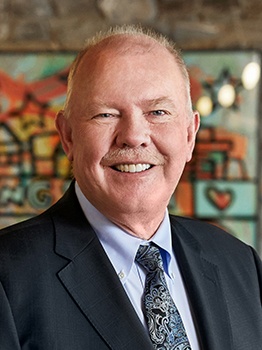 Alan is Chairman and Chief Executive Officer of Brookfield Properties’ development group and a Managing Partner of Brookfield’s Real Estate Group. He oversees the management and strategic direction of the Land & Housing and Mixed-use development businesses in the U.S. and Canada.

Alan joined Carma Developers in 1983 and became CEO in 1994. In 2011, Carma merged with Brookfield Homes to create Brookfield Residential, the flagship North American residential property company of Brookfield Asset Management and, under his leadership, the company’s asset base grew to over $4.8 billion and more than 1,400 employees. Today the company operates in 16 major North American markets.

Alan is actively involved in his community, having recently chaired the Resolve Fundraising campaign to raise $120 million for affordable housing in Calgary and is past Chairman of the Calgary Homeless Foundation. In 2018, The Calgary Chamber and SAIT conferred on him an Honorary Bachelor Degree for his community work and he was inducted into the BILD Alberta Hall of Fame for his contributions to the industry. In 2019, Alan was honored as a Fellow of the CPA as part of the CPA Alberta’s annual Achievement Awards.

He holds a B.A. degree in accounting and economics and two Chartered Accountant Designations, Scotland and Canada.