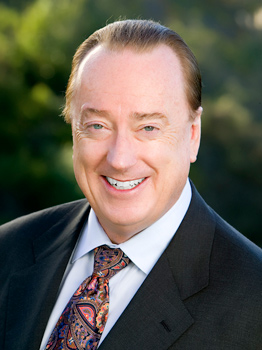 Bob is Executive of Land Investments for Brookfield Properties’ development group where he advises on the exploration of new opportunities for the land investments portfolio.

Previously, Bob was Executive Chairman of Newland and served as Chief Executive Officer. Bob is the founder and visionary behind Newland’s growth in becoming one of the largest privately-held U.S. real estate developers of mixed-use communities. Under his strategic leadership, Newland contributed to more than 140 projects, including master-planned residential communities, urban mixed-use centers, corporate headquarters, and industrial parks geographically diversified in 13 states.

Bob is a life-Trustee of the Urban Land Institute and serves on the Board of Governors of the ULI Foundation. Bob is a recipient of the Hearthstone BUILDER Humanitarian Achievement Award and was inducted into the California Homebuilding Foundation Hall of Fame. Bob was awarded the inaugural Master Plan Hall of Fame Award for his leadership, passion, and lifetime achievements in community development and placemaking.

Bob is a graduate of the University of California at Berkeley.