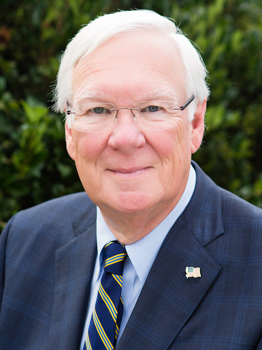 Ted Nelson is President, Newland/NASH at Brookfield Properties’ development group, responsible for overseeing the Newland/NASH portfolio. Ted has more than 40 years of master-planned community experience, having joined Newland through its 2003 acquisition of the Terrabrook portfolio with assets in Houston, Austin and Dallas.

Ted graduated from the University of Texas with a Bachelor of Business Administration in insurance and did postgraduate study in accounting at the University of Houston. Ted is a member of the Urban Land Institute and the West Houston Association, where he previously served as its Chairman. He was awarded the Association’s “Impact Award” for leadership in quality sustainable development, including spearheading the Association’s “2050 Plan.”

Ted was appointed to the board of the Texas Real Estate Advisory Committee by the governor of the State of Texas in 2013, was reappointed in 2021 and continues in that capacity today. Ted proudly served his nation as a member of the US Army.