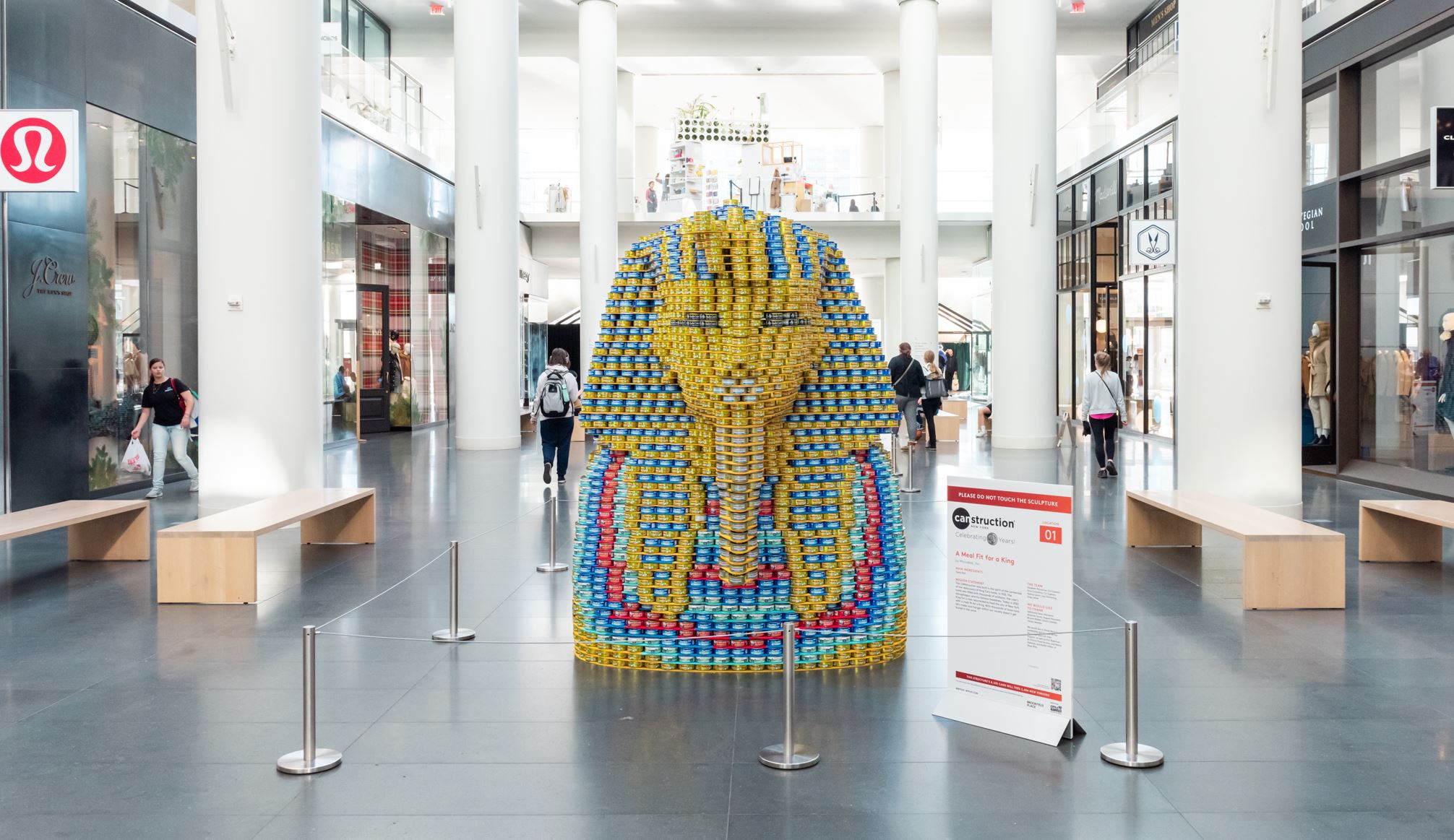 Canstruction returns to Brookfield Place for its 30th year!

The annual design competition challenges teams of architects, engineers and contractors to build sculptures made entirely out of unopened cans of food. The large-scale sculptures are placed on display and later donated to City Harvest to help provide families with a holiday meal.

Click here to donate $30 in honor of Canstruction’s 30th year!

Click here to learn more and to vote for your favorite sculpture!

Canstruction® New York is a 501(c)(3) Corporation. Canstruction, founded by the SDA, whose purpose is to advance management and administrative professionals in the A/E/C industry through education, networking, leadership, and resources. Canstruction hosts competitions and events worldwide, creating awe-inspiring, gigantic structures made entirely out of non- perishable food.

Teams of volunteers, which include design industry professionals, participate in Canstruction® events in over 100 cities each year. The can art sculptures are on exhibit to the public in each city where a competition is held. The public is invited to donate non-perishable food items during the exhibition. At the close of an exhibition, all food from the structures and public donations are donated to local food banks.