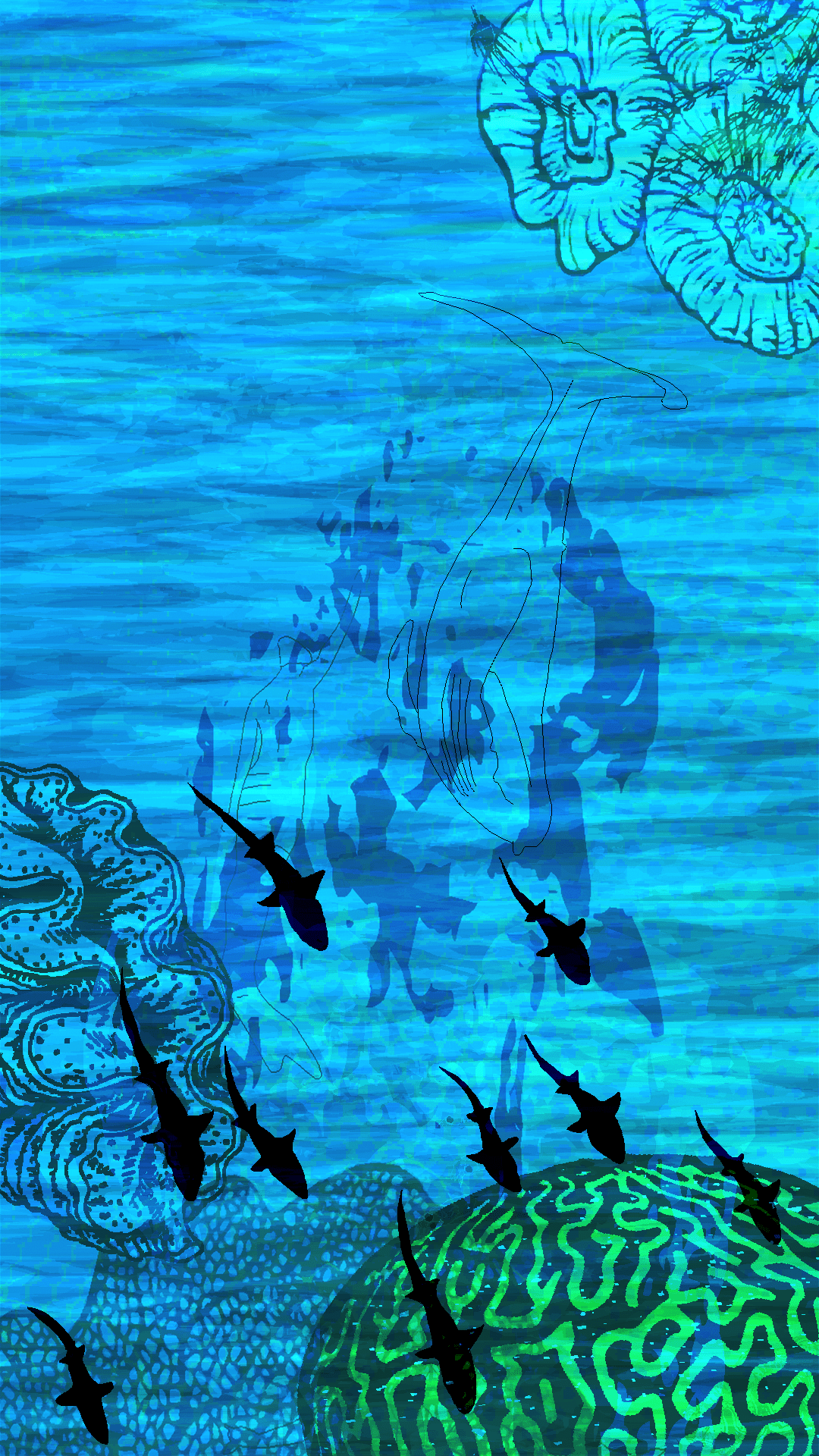 Oceans Like Us is a custom software-driven animation series by artist Marina Zurkow that explores the ocean and its inhabitants as a fractal and ever-moving repository of reflections and projections, while considering how our actions have affected ocean life. The title of the series—composed of three different animations, each made up of a number of individual movements—uses pun and metaphor to express a desire for the ocean to love us, as well as to reference our shared saline composition. An affectionate, poetic ode to the ocean at large, the work portrays a vast and diverse sea inclusive of graceful, filthy, tangled, and fantastic realities and imaginary churns. The work was created with custom software that allows for an infinite recombination of textures and characters within its repeating 24-minute cycle, ensuring the work never repeats.

Marina Zurkow is a multidisciplinary artist whose work focuses on the near-impossible intersection of nature and culture. She uses life science, materials, and technologies—including food, software, animation, clay and other biomaterials—to foster intimate connections between people and non-human agents.