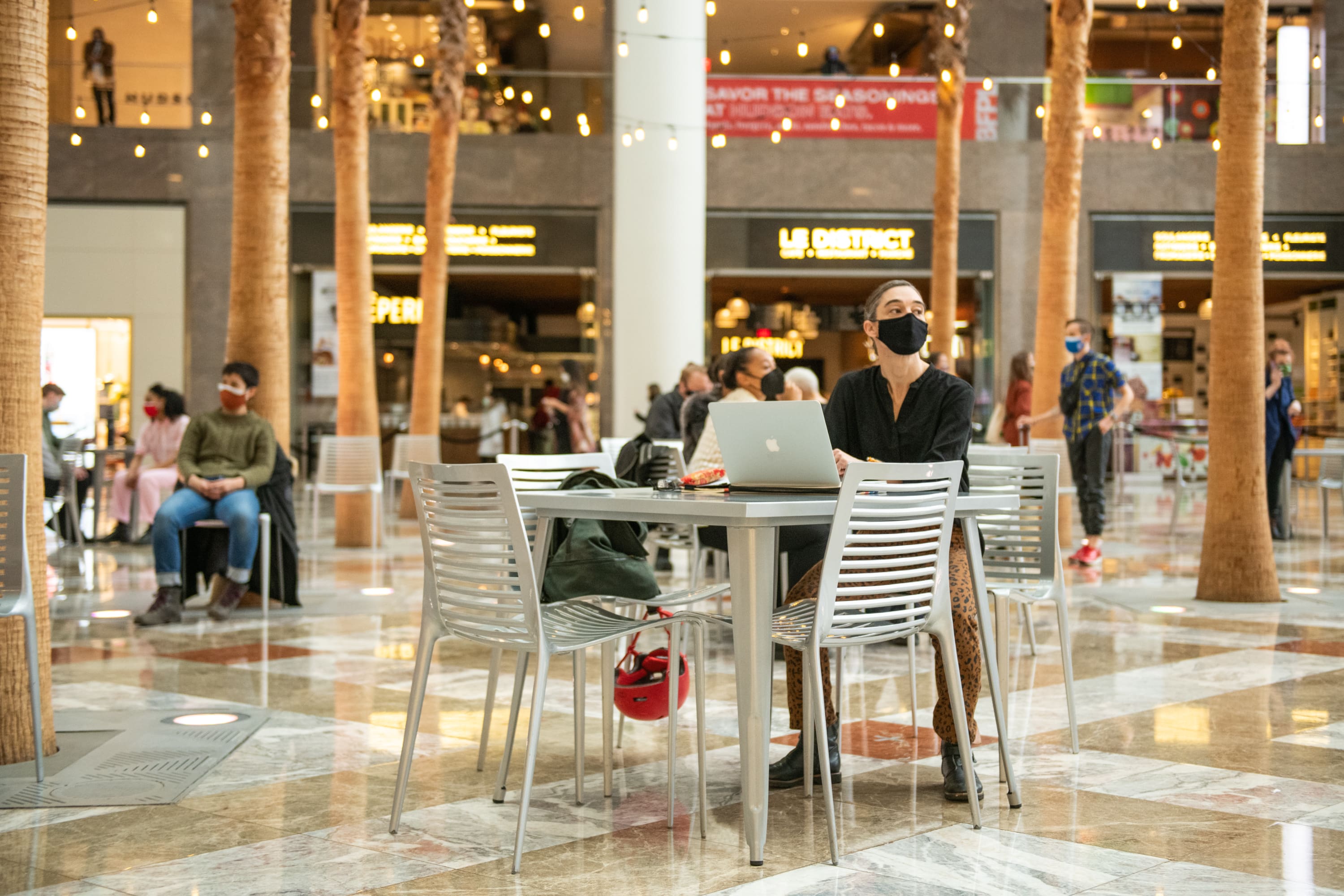 Extended through May 2 due to popular demand!

Monica Bill Barnes and Robbie Saenz de Viteri return to Brookfield Place for It’s 3:07 Again, an interactive digital dance theater experience where the audience choose their own path, dropping into the interior life of people in public with a click. With barriers and distance between us, we look inward for real interaction. Step into the big movements and small moments that dwell inside of New Yorkers as they pass through Brookfield Place a year into living with a pandemic. You have thirty minutes, there’s no way to see it all.

View the interactive experience at BFPLNY.com

Monica Bill Barnes founded Monica Bill Barnes & Company in 1997 with a collection of solos that could be performed anywhere. The company has performed in venues ranging from Upright Citizen’s Brigade to The Sydney Opera House, and has been presented in more than 100 cities.  Current collaborations between Barnes and Robbie Saenz de Viteri include The Running Show, Days Go By and Keep Moving, the company’s first online show created in collaboration with 16 dancers from Hunter College in 2020.

Robbie Saenz de Viteri began working in theater as an audio script assistant to Anna Deveare Smith. He has created performances and toured productions throughout the world with the Obie Award winning Nature Theater of Oklahoma. He has created, produced, and performed in Happy Hour, The Museum Workout, One Night Only, Days Go By, The Running Show and Keep Moving with Monica Bill Barnes & Company. Some of his other favorite projects include producing This American Life Episode 528 “The Radio Drama Episode” live on stage at BAM, directing Rachel Bonds’s Michael & Edie, and creating and performing The Spiritual Life of Modern America, a collaboration in Norway based on the experiences of foreigners traveling in America Today.