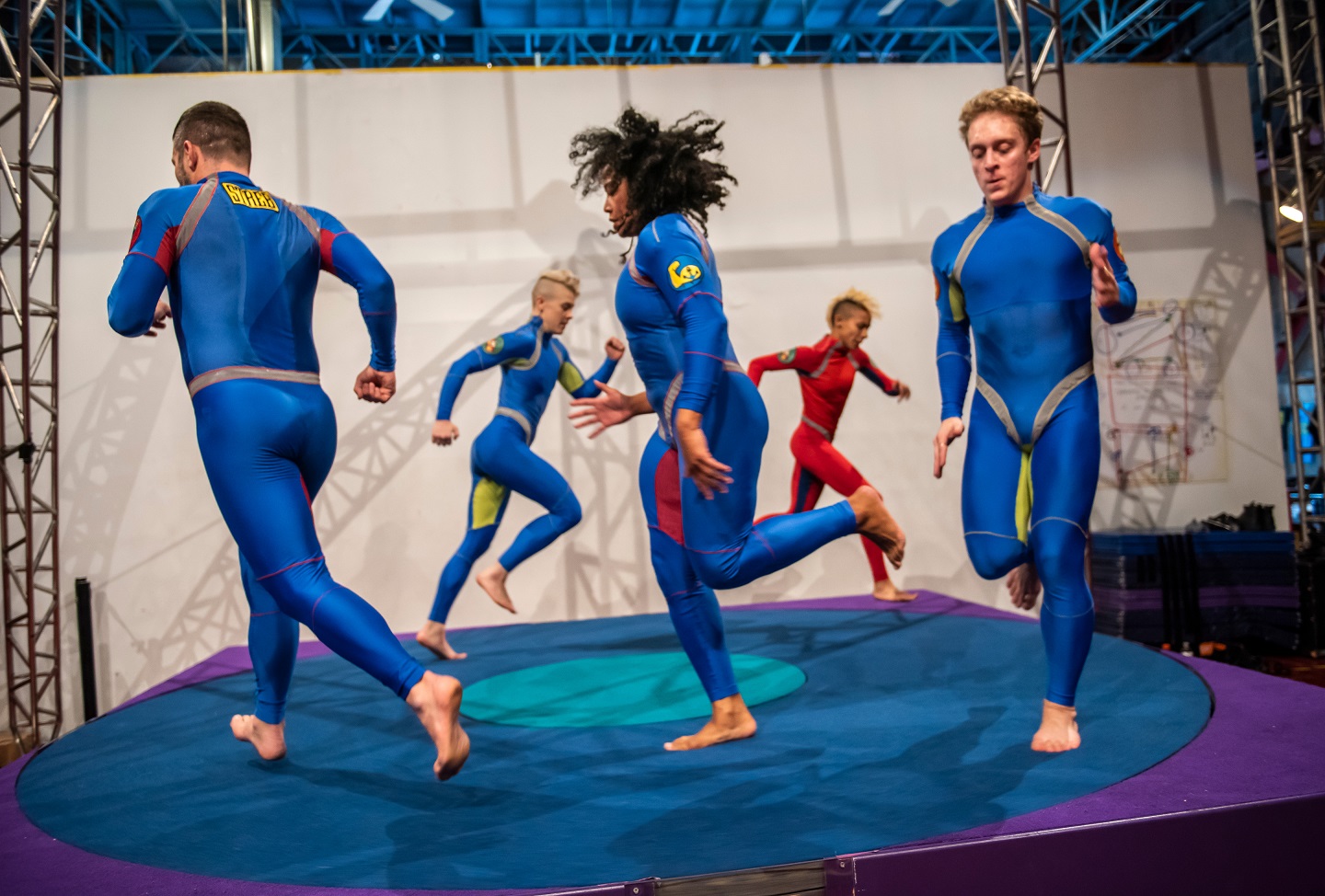 RSVP HERE (Not required to attend)

The STREB Extreme Action Company comes to Manhattan West with a series of stunning, jaw-dropping performances featuring a brand-new piece commissioned by Arts Brookfield, titled KALEIDOSCOPE, as well as two works premiering publicly in the U.S. for the first time, PLATESHIFT and MOLINETTE. Founded in New York City in 1985 by choreographer Elizabeth Streb, STREB EXTREME ACTION combines virtuosity and technical skill with openhearted popular appeal. The company has traveled—artistically as well as geographically—from the heights of the experimental dance world to the cutting-edge of popular entertainment. Streb’s choreography confronts gravity, rotational force, acceleration, and essential notions of time, highlighting the agility and athleticism of the performers - deemed “action heroes.”

For over forty years, STREB has performed in theaters large and small, served as artists-in-residence at the world’s top art museums, and taken its work into the streets and sports stadiums. The company’s extensive international touring calendar has included presentations at the Louvre Abu Dhabi, the Théâtre du Châtelet, the Musée D’Orsay, Lincoln Center Festival, the Park Avenue Armory, the Fall for Dance Festival, Walker Art Center, Los Angeles MOCA, the Brisbane and Melbourne Festivals, among many other locations around the globe. The company has received commissions to perform publicly at the 2012 London Olympic Festival, the 2010 Vancouver Olympics, the Whitney Museum of American Art groundbreaking, the Pan Am Games Arts Festival in Toronto, and the 2004 Cirque du Soleil 20th anniversary celebration performed in front of 250,000 people on the streets of Montreal. The company has also taken their signature extreme action to iconic locations including Grand Central Station, Coney Island’s fairground, the Brooklyn Bridge Anchorage, Madison Square Garden, the mall outside the Smithsonian Institution, the Minneapolis Metrodome, and more. In January 2003, STREB moved into a vacant former loading facility in Williamsburg, Brooklyn, transforming it into the STREB LAB FOR ACTION MECHANICS (SLAM) which now serves as the home of STREB EXTREME ACTION, the STREB PopAction School and the España-STREB Trapeze Academy. STREB’s 2021 Restart is made possible by the New York State Council on the Arts with the support of the Office of the Governor and the New York State Legislature.